Constitutes the seventh part, sole issue of the second Latin edition of Theodor de Bry's Great voyages, printed in fourteen parts, in Latin, German, French, and English, in Frankfurt am Main, Oppenheim, and Hanau from 1590-1644, and the Elenchus, an outline of the thirteen Latin parts, published by Matthias Merian in Frankfurt am Main in 1634

Place and date of publication supplied by Church

The sole issue of Latin part seven can be identified by the text printed in double columns; there is a small mark "17" on the plinth of the left hand pier, and by the inclusion of four in text illustrations

This part contains an account of the voyages of Ulrich Schmidel (Latin Ulricus Faber) to Brazil and Paraguay in 1535-1553. He is one of the first who wrote about that part of America. The narrative was originally written in Germany by Schmidel himself and published for the first time in 1597 [actually first printed in Frankfurt am Main, 1567, see translation note above] in part VII of the German edition of the Great Voyages. Two Latin versions were printed this same year, -- this, which was translated by Gotard Artus of Frankfurt, and one by Hulsius. Cf. Church

John Carter Brown Library copy imperfect: the "II" of the "VII" in the first line of the title page is poorly printed, which is often found in the Latin second editions of this part as mentioned by Church

John Carter Brown Library copy has the four illustrations on p. 3, 7, 14, and 20.; this copy has the mark which looks like "17" on the plinth of the left hand pier

No copyright, table of contents. 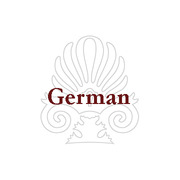